The Border Roads Organisation (BRO) is a road construction executive force in India that provides support to Indian Armed Forces. 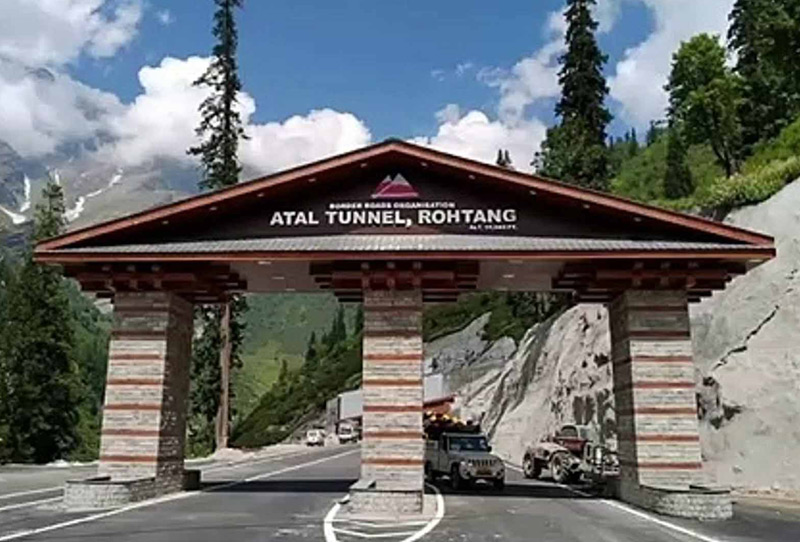 BRO develops and maintains road networks in India's border areas and friendly neighboring countries. This includes infrastructure operations in 19 states and three union territories (including Andaman and Nicobar Islands) and neighboring countries such as Afghanistan, Bhutan, Myanmar, Tajikistan and Sri Lanka. As of 2021, BRO had constructed over 50,000 kilometres (31,000 mi) of roads, over 450 permanent bridges with a total length of over 44,000 metres (27 mi) length and 19 airfields in strategic locations. BRO is also tasked with maintaining this infrastructure including operations such as snow clearance.BRO is instrumental in significantly upgrading and building new India-China Border Roads. Officers and personnel from the General Reserve Engineer Force (GREF) form the parent cadre of the BRO. It is also staffed by officers and troops drawn from the Indian Army's Corps of Engineers on extra regimental employment (on deputation). BRO is also included in the Order of Battle of the Armed Forces, ensuring their support at any time.The organisation motto is Shramena Sarvam Sadhyam (everything is achievable through hardwork). 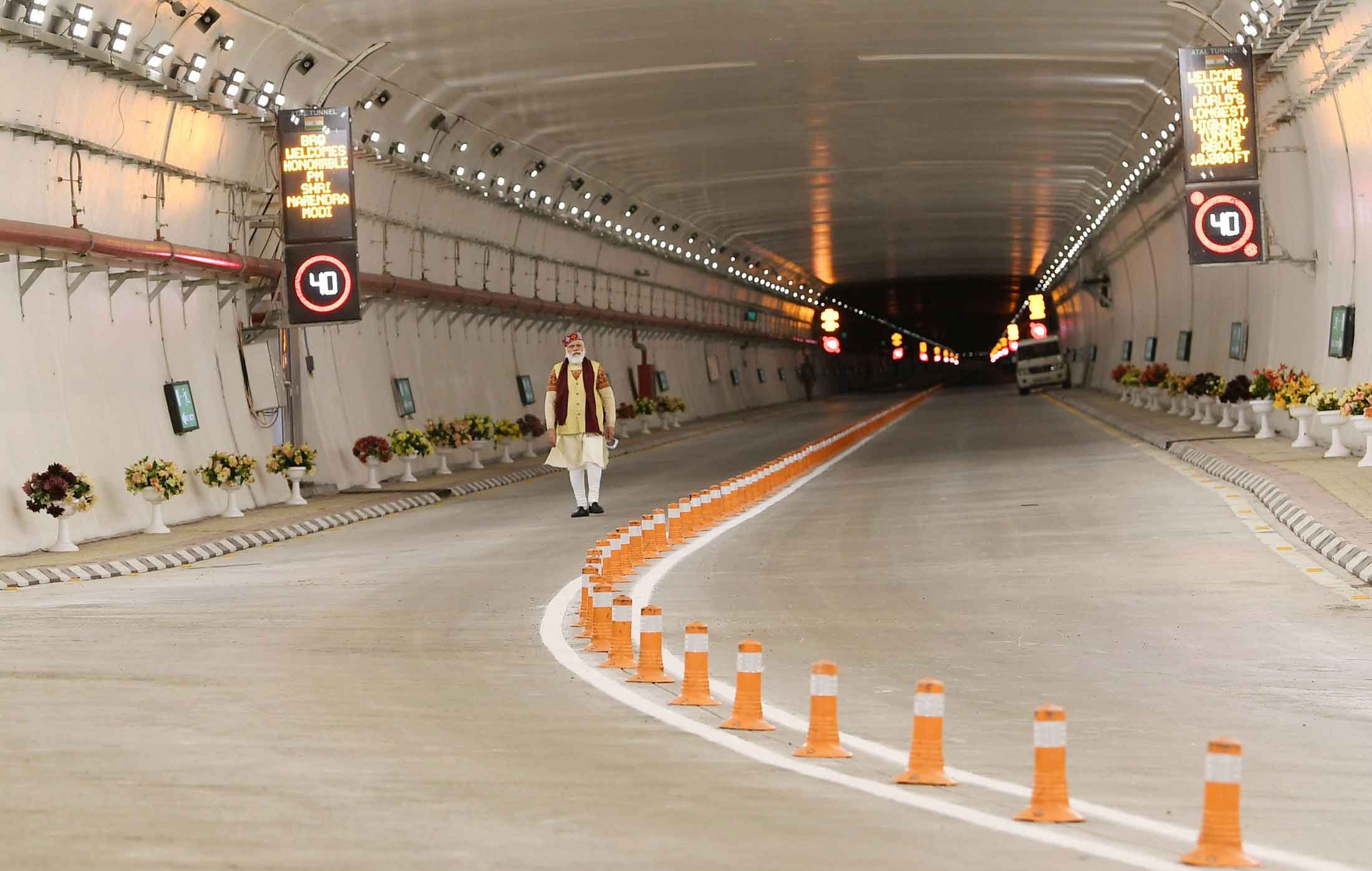 In a meeting held in the room of Secretary BRDB on 15 November 1983, the importance and urgency for the geological investigations for Rohtang Tunnel were discussed. The meeting was attended by Director Engineering Geology of GSI and Director General Border Roads alongwith the concerned representatives. As per the decisions arrived at during this meeting, the GSI were to undertake investigations in the field season 1984, starting by May/June. To examine the broad terms of investigations, a meeting was arranged at Manali on 9 June 84 in which a pre-feasibility report prepared by HQ DGBR was discussed with the reps of GSI. This was a crucial meeting where the various alignments of the proposed tunnel were also discussed

The field studies were taken up by GSI teams in the month of June 84 and continued till end September 84. During the field investigations, a number of joint inspections of the area were carried out by the officers of BRO and the representatives of the GSI. During these joint inspections the selection of tunnel alignment and location of portal sites were discussed at length.After the investigations, GSI submitted a “Preliminary Geotechnical Report” on 12 Apr 85. This report highlighted, the choice of the tunnel alignment and the various geological aspects of the recommended alignment in particular and that of the Rohtang area in general. Taking into consideration the slope characteristics, approach and tunnel gradient, an alignment was suggested by GSI including the portal locations for South and North portal. The North Portal site of this alignment was selected on the left bank of river Chandra about 1 Km upstream of village Teling opposite the 79 Km stone on Manali-Leh road.

The drilling of the Rohtang Tunnel through the Himalayan ranges began on 28 June 2010 at the South Portal, 25 km (16 mi) north of Manali. Some of the anchoring and slope stabilisation work was subcontracted to Spar Geo Infra Pvt Ltd.

Prime Minister Narendra Modi renamed the tunnel as the Atal Tunnel, in honour of Shree Atal Bihari Vajpayee, on 25 December 2019, Vajpayee's birthday.The Rohtang Tunnel has been planned to ensure an all-seasons, all-weather road route to strategically important areas of Ladakh and the remote Lahaul-Spiti valley. However, the tunnel will provide this connectivity only up to Darcha, north of Keylong in the Lahaul region of Himachal Pradesh. Connectivity to Ladakh will require more tunnels: either at Shikun La, or at the passes located on the present Leh-Manali road.