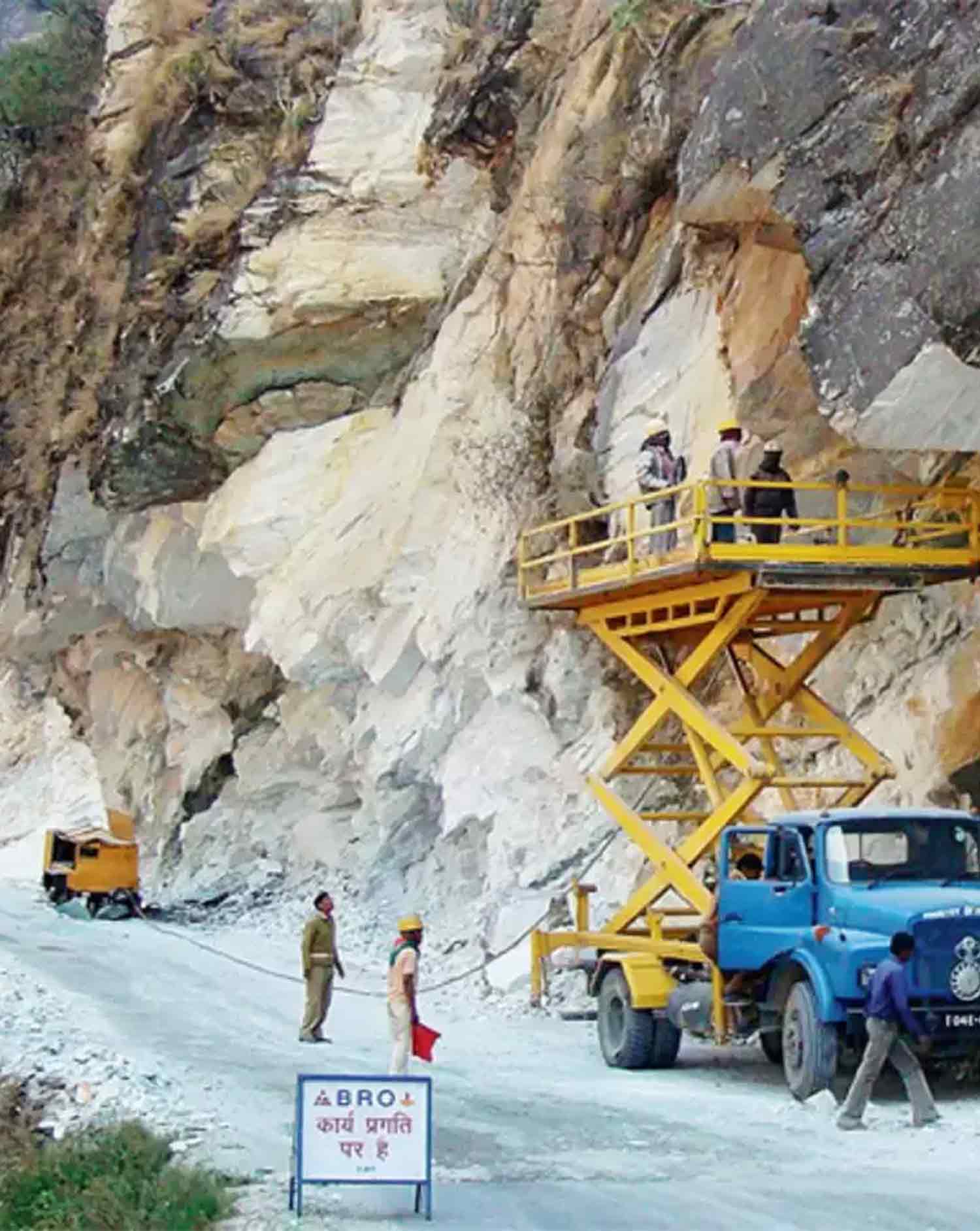 The Border Roads Organisation (BRO) is a road construction executive force in India that provides support to Indian Armed Forces. BRO develops and maintains road networks in India's border areas and friendly neighboring countries. This includes infrastructure operations in 19 states and three union territories (including Andaman and Nicobar Islands) and neighboring countries such as Afghanistan, Bhutan, Myanmar, Tajikistan and Sri Lanka. As of 2021, BRO had constructed over 60,000 kilometres (37,282 mi) of roads, over 450 permanent bridges with a total length of over 60,000 metres (37 mi) length and 19 airfields in strategic locations. BRO is also tasked with maintaining this infrastructure including operations such as snow clearance. BRO is instrumental in significantly upgrading and building new India-China Border Roads.

Officers and personnel from the  General Reserve Engineer Force (GREF) form the parent cadre of the BRO. It is also staffed by Officers and Troops drawn from the Indian Army's Corps of Engineers on extra regimental employment (on deputation). BRO is also included in the Order of Battle of the Armed Forces, ensuring their support at any time.

The BRO undertakes projects in India and friendly countries. These projects typically include developing roads, bridges, and airfields in hostile environments shunned by private enterprises, whether due to security concerns related to hostilities, or because of environmental challenges. BRO has been active during the 1962 war, the conflicts with Pakistan in 1965 and 1971, and has also been active in anti-insurgency operations in North East.